How useful is that Sigma 12 -24mm! A bit squishy, flarey, and prone to wild sample variation, but uniquely useful for interiors and landscapes – and uncommonly free of Sigma Jaundice.

How to scratch the upgrade itch, then? I would suggest that the Canon 14mm L and Tamron 14mm SP (and especially the Sigma version) are a waste of time: not significantly sharper, more prone to distortion and less well corrected for aberration. The only plus is improved flare resistance. The Nikon 14mm is plenty sharp, and afflicted with the most hideous waveform distortion I’ve ever seen. But step up to 15mm and you’ve got options: the top gun at this focal length is of course the redesigned – and peerless – Elmarit R f2.8 – but full frame Canon users will have to hack their mirrors to use it.

One notch below the Leica is am older design shared by Pentax, Nikon, Zeiss and Leica – but reputedly developed by Schneider – the f3.5: a 13 element design (one of which is ‘floating’) in 12 groups with a minium focus of 16cm and an angular FOV of 110°. Variation between these is largely cosmetic: each features a distinctive bulging front element that is rather susceptible to flare: the Nikon version is worst affected; the Zeiss, thanks to its HFT and T* coatings, the least. The Nikon version of this lens slots straight onto a 5D or 1 Series body; the rear element housing of the Distagons will foul the mirror when focused beyond about 10m. For distance work, the solution is either to lock the mirror before focusing, or just hack it.

You can use the Voigtlander 12mm and 15mm lenses on your 5D, but it’s a mither, and reaps few tangible rewards. Then there are the fisheyes: a 16mm fisheye gives a full 180° horizontal field of view. Carefully de-fished it can deliver exceptionally well controlled distortion – and sharp corners. The penalty for this extra wide field of view is a reduced image size of course . . . .

Let’s see how these ultrawide FOVs look. Levelling these lenses for a rough test is too much like hard work, so please overlook the wildly askew verticals (and horizontals!). Here’s the relatively telescopic 15mm (Zeiss Distagon): 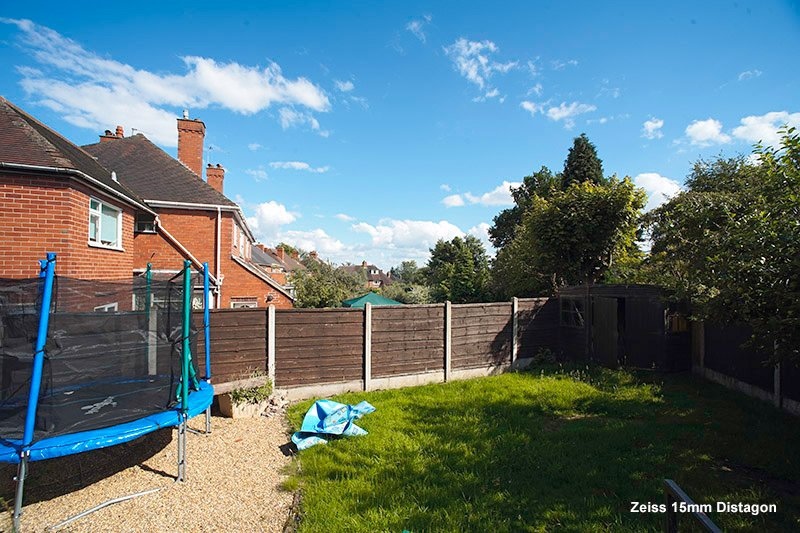 Note that the 12mm Sigma is usefully wider at 12mm: 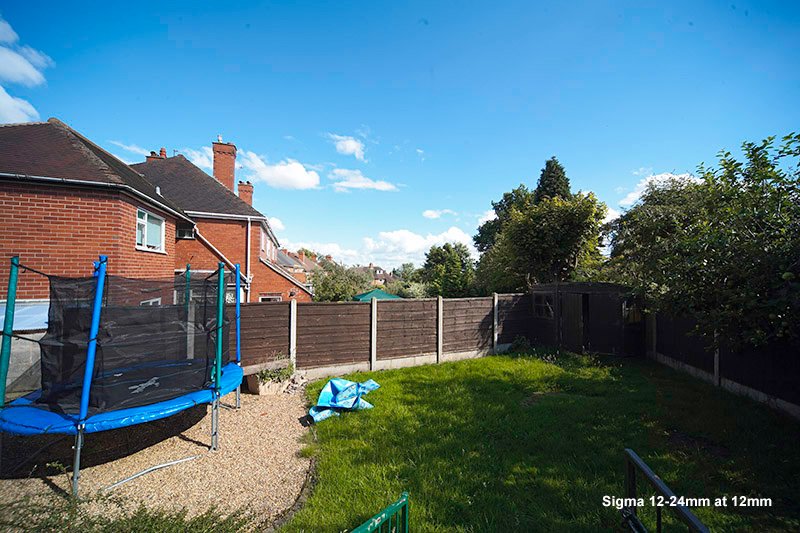 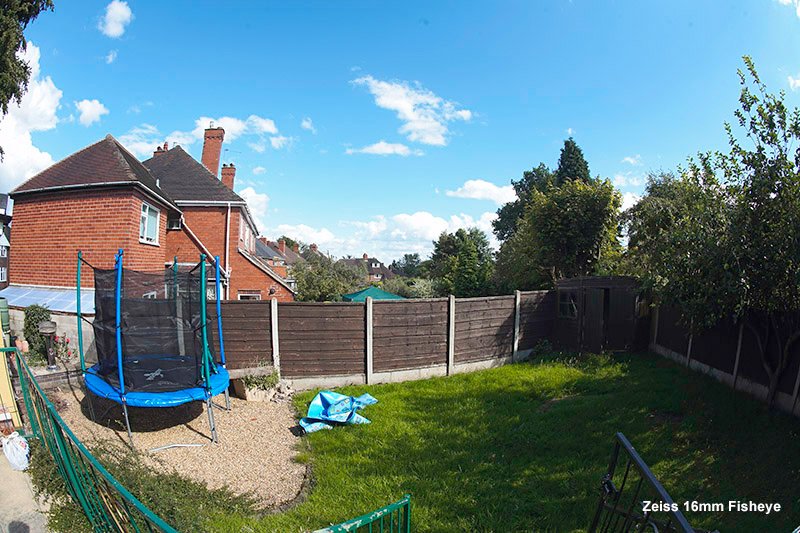 We can de-fish that to a rectilinear image, losing either image size or FOV as required. ImageAlign‘s ‘Scale’ feature allows you to resample the original capture either to fill the frame with maximum hFOV, or to downsample it for better quality, or to upsample it to lose soft corners. The manual claims that its resampling routine is better than Photoshop’s, and this would appear to be borne out in practice. More on this in a forthcoming review . . . .

That’s still really, really wide: maybe 8mm – perhaps even wider: I can’t even measure it. ImageAlign’s resampling of the image to the original frame width has here been pretty effective. The change in proportion is a consequence of the fisheye correction, though IA gives you the option to scale this back up to the original frame size, at the cost of a little interpolation softness.