Preliminary to the main 85mm group test, here are some first impressions of the new Zeiss ZF 85mm f1.4. Shortly, we’ll be testing it in a Nikon mount against the mighty Canon 85mm f1.2 L and Nikon’s highly regarded AF-D 85mm f1.4.

Ironically, far from revealing what a lens is made of, studio lighting is a great leveller.  Supply an average optic with copious amount of perfectly balanced 5500K light, and time after time the results will be richly detailed and ideally contrasty. It takes a really bad lens not to shine in the studio. The real test is how they perform in daylight, or even better, whether they can retain shadow detail and microcontrast in everyday, overcast, gloomy light. At least that’s the challenge in England.

But the depth of field at 85mm, f1.4 and 2m to the subject is so thin that I wanted to start the test with at least one variable nailed: the light.

Many hours later, I discovered that first impressions (namely, that the thick and thin Nikon-EOS adaptors I use depending on which lens they suit best), were wrong. You will need the thick kind, not the commonly available thin steel ones. Once again, the FotoDiox Pro does the job. For this reason alone I would recommend the ZF Nikon mount version of this lens over the ZS M42 version, which is less well served by high quality adaptors. Not to mention the higher resale value, and the fact that you’re leaving the door open to use Nikon bodies in the future.

Anyway, the dead giveaway that you’re using the wrong adaptor with Nikon lenses is that the plane of focus appears not to be flat. Given the elusive nature of the plane of focus at f1.4, you can be forgiven for  taking a while to work this out. Don’t be as stupid as me: buy a proper adaptor – something at least as expensive as the FotoDiox: the CameraQuest and Novoflex ones are fine, too – just unnecessarily expensive.

It should be noted at this stage that the first batch of ZF 85mm f1.4’s have horribly stiff focus rings, and far from reassuringly grippy lens caps. Whether these are teething gremlins or design faults remains to be seen, but ergonomically my spanking new Zeiss 85mm leaves much to be desired. Manual focusing is nowhere near as nice as – say –  a Nikon 85mm f1.4 D . . .

For starters, though, here’s how the new Zeiss lens handles the CA problems that blight even the best of these lenses wide open.

Click the picture for a larger, actual pixel 100% sample. 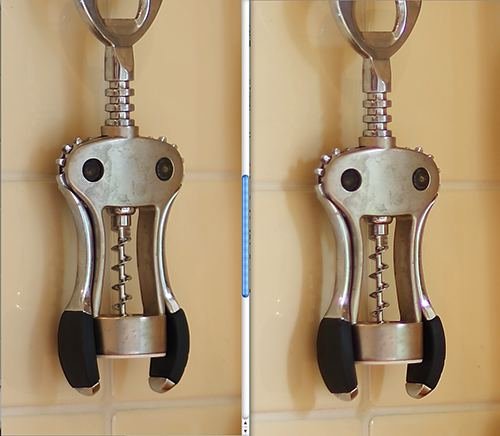 Centre-frame sharpness seems about even at this aperture (note the fractionally different focus!), but it’s immediately evident that the Zeiss has near-total mastery of chromatic aberration, in contrast with the Canon L.

At f2.8, the Canon has lost its CA, but the Zeiss ZF looks a little sharper. 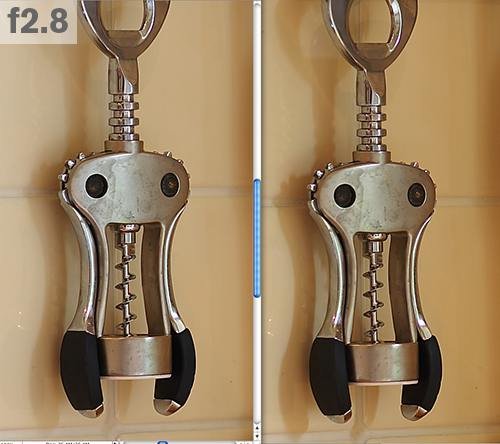 The following  tests results were assessed on a flat-field target, and were only possible with extensive and time consuming micro adjusted focus bracketing in which more than 100 RAW files were processed via Capture One. Apertures tested were f1.4, f2.8 and f8 using a Canon 5D. Lighting was via a single flash unit fired through a Cubelite. Focus confirmation was double-checked with a tape measure running diagonally through the plane of focus. 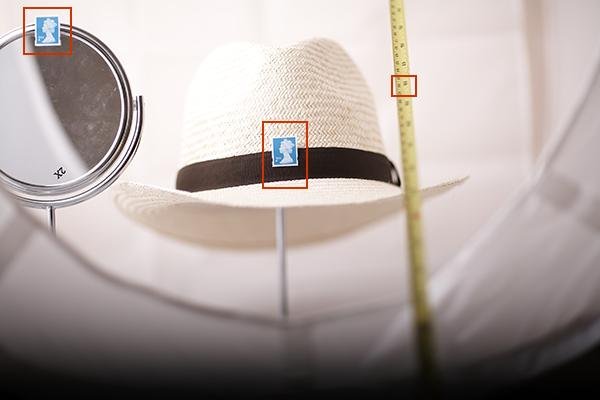 Though it pains me to say it, the Zeiss ZF 85mm is really very poorly corrected for close range work compared to the Canon L. I can’t rule out an adaptor problem, but if the adaptor is to blame, then it’s not going to excel on Canon bodies. The corners reveal similar problems.

No matter how long I tried, I couldn’t get a better close range shot than this with the Zeiss. I aborted two tests before this realising the truth. Mid-range testing – and the crucial distance seems to be about 2m – tells a different story. To confirm the focus, and illustrate the problem, here is the tape:

At f1.4, the Canon lets you know exactly where the focus is. By comparison the Zeiss is so unsharp, it’s anybody’s guess where it is: 43.7mm? 44.5mm? Interestingly, the Zeiss 85mm manages to pull of the trick of rendering defocused areas more legibly than the depth of field should permit – giving it greater apparent DOF for the aperture – a trick that makes their wide angles so great for interiors, but how much better portraits would be with the Canon’s sharply defined focal plane and stronger bokeh mojo.

Any fast 85mm is blisteringly sharp by f2.8 – close to its optimal working aperture, and often sharper overall than at f8. Still, the Canon wipes the floor with the Zeiss at close range with this beautifully rendered and ultra-detailed capture, Her Majesty looking simply delightful in this fetching off-the-shoulder number with matching pearls . . .

Despite some aberrations creeping in at wider apertures, by f2.8 the Canon L is pretty clean. The Zeiss ZF is still playing catch-up when it comes to resolution. It’s much better at longer working distances, but at 1.25m this is a very poor showing for such a pedigree lens.

What were you expecting from these lenses at f8?!  The slower lens is actually hauling in the f1.2 by this aperture, and there is the merest hair more information coming from the Zeiss. However, it would be laughable if you had to stop the ZF down this far to get the best from it. Let’s hope the mid-range tests give it a shot at redemption.

The Canon doesn’t have much more to give at f8: but then again, by f2.8 the corners were already very fine indeed. By contrast, the Zeiss looks like it’s only now ready to join the party.

Given the trouncing meted out to the Zeiss ZF 85mm at close range, it seemed fair to extend the test to a mid-range subject. Can the blame be laid at the door of close range correction? The Canon adaptor? The Cosina factory? Or has the ZF inherited the unremarkable traits of its Contax/Yashica mount ancestor in this regard?

The test subject was here placed at a distance of approximately 5.75m. And it’s very hard to separate the two lenses for resolution. Across the frame, the Zeiss ZF 85mm renders slightly stronger contrast and perhaps the merest whisker more resolution, as supported by the file sizes. Note also that, although the Zeiss has conspicuously better control over chroma aberration, it isn’t quite entirely blameless.

Despite a fraction more vignetting in the extreme corners, the wide-open Zeiss draws its colours with greater solidity and presence than the Canon L, but it isn’t quite as sharp. The mildly warmed-up Canon JPEG has noticeably more information in it. This pair are hard to separate at middle distances.

As previously, both lenses are really swinging at f2.8. Taking samples from across the frame and scrutinising captures at magnifications of 66.7–200% on screen are necessary to get an accurate flavour of the subtle differences between the two lenses. On balance, the cleaner mid-tone contrast swings me in the ZF’s direction, but both are superb.

Because no doubt you’re sick of looking at the conical strainer, here’s another section of the frame centre that fairly summarises their differing drawing styles. Ultimately, the Zeiss 85mm has captured more information; there’s a bit more zip in its presentation, giving a better etched sense of spatial separation – but the Canon 85mm has been kinder to the shadow details, and is generally smoother and warmer.

No news in the corners. The Canon 85mm L is still fractionally sharper – but remember to make allowances for the Zeiss 85mm, which labours under a framing disadvantage.