ISO 100 / Full frame Canon 1Ds Mark I with mirror lock up, f8 / 1 second / AWB on a Manfrotto 155 with view camera head, legs locked. All were shot RAW and processed in 8 bit via Capture One to TIFFs and converted for web with BoxTop Pro JPEG. Lighting: single 500W head.

What to make of this?

The outstanding result is confirmation of the overwhelming supremacy of the Zeiss 21mm – especially in the corners.

The Sigma 12-24mm is clearly the poor relation of the bunch, though it is very consistent in its centre/corner performance (unlike the Canon) – just uniformly softer across the frame. None of the lenses tested showed significant CA.

The Sigma 15-30mm matches or maybe even outresolves the Zeiss 21mm in the frame centre, though it can’t compare to the Zeiss’ edge performance.

The Sigma 15-30mm may have been focused slightly further away than the Canon 17–40mm – which explains the Sigma’s poor foreground showing – and reveals just how terrible the Canon is at the frame edges and corners. Bizarrely the Canon matches the Sigma at the right mid-ground edge, but fails badly at the left foreground edge – freaky, if  the Canon’s focus is closer to the camera? Lousy close-range correction, or decentring?

In conclusion, I am hugely disappointed by the second 17-40mm L I have played with in this way, and hugely impressed by the Sigma 15-30mm – just see how sharp it is at 15mm here. As longas you don’t compare the 12-24mm to a Zeiss prime, I think many people are going to be very happy with the world’s first full frame 12mm lens – the image it produced wasn’t conspicuously soft even at A3 / 300dpi. It’s just that the Distagon 21mm is in a class of its own, and the Sigma 15-30mm goes wider, costs less, and performs much better than the 17-40L – at least this one did . . . . 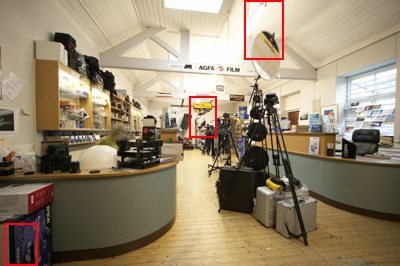 All images shot with a Canon 1Ds Mark I at 100ASA. 1/15 sec at f8 in RAW, processed in 8 bit via Capture One and converted for web with BoxTop Pro.

Another result for the 15-30mm. Corner and centre frame detail is more legible in these 15mm captures by the Sigma than in 17mm shots with the Canon 17-40mm, and clearly better than this 12-24mm sample.